My never-ending quest to find delicious protein cereal has led me to Incredi-Bowl Cereal.

With the flavor being “Frosted Flakes,” my expectations were naturally quite high for this protein cereal. I mean, Frosted Flakes is EASILY a top 5 all-time cereal.

Now obviously, this is a keto-friendly cereal, so expectations need to be tempered a bit. I would never expect a cereal with virtually no sugar to taste like a cereal that is literally coated in sugar.

But as I’ve learned in trying 20+ protein bowls of cereal, just because it’s keto-friendly, that doesn’t mean it ALWAYS has to be terrible.

Based on the photo on the box, this cereal definitely looked to be lacking any resemblance of a “frosted” coating.

Upon opening the box, my fears were confirmed: this cereal is not actually frosted.

Before diving into this bowl of cereal, I figured it was only fair to try it as dry cereal first.

The texture of this cereal really threw me for a loop. It is very light, almost feeling like flakes of paper.

The flavor is a cross between sugar substitute and vanilla, but that iconic Frosted Flakes flavor doesn’t really come through.

If this cereal were crunchy, maybe it would resemble Frosted Flakes more. Unfortunately, Incredi-Bowl cereal is so light and airy that it almost dissolved completely in your mouth without even needing to chew.

If I had to compare the texture to anything, it would be styrofoam. But if you want a real-life food comparison, it’s similar to those “Magic Pop” snacks, which are just puffed rice crackers without much flavor.

But how does this cereal taste in milk?

I was hopeful that I would enjoy Incredi-Bowl cereal more with milk, but my enjoyment went completely in the opposite direction once added to milk.

Considering how light and airy the cereal is, it got even softer in milk. It turns out that cereal is significantly less enjoyable when it doesn’t have a crunch to it!

Now, to be fair, Incredi-Bowl does have two other flavors that I did not try: Honey Nut Hoops and Chocolate Crunch, both of which sound like they would {hopefully} be crunchier and more satisfying than the Frosted Flakes flavor.

But based on this flavor alone, Incredi-Bowl is a pass from me. 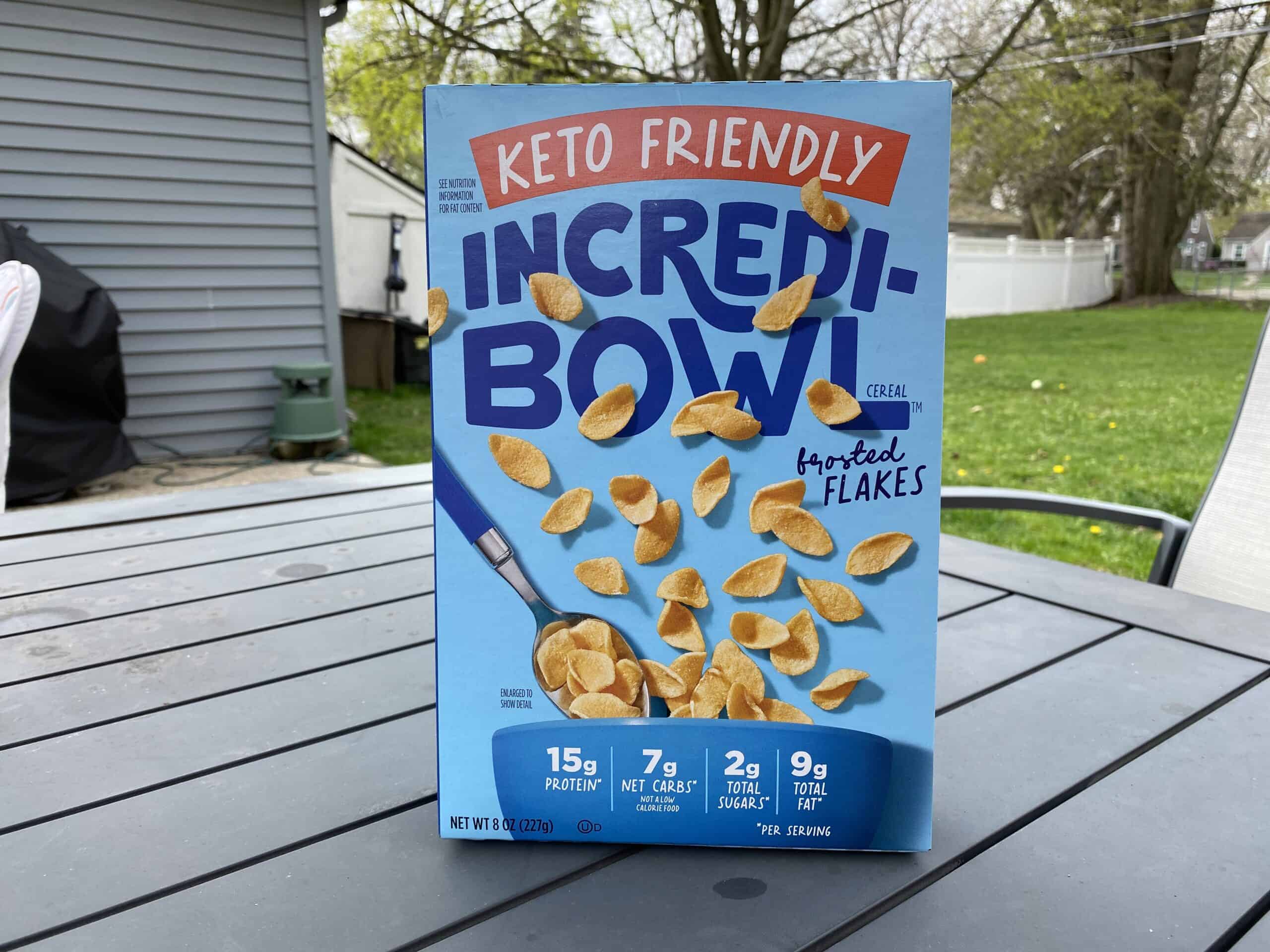 Incredi-Bowl Keto Cereal Review
Summary
I won't go ahead and say this is the worst protein cereal I've ever had, but it's definitely towards the bottom of my life. Whereas I find most keto-friendly cereal to be TOO crunchy, this cereal has no crunch at all and is very much like styrofoam. If you're expecting a healthy version of Frosted Flakes, you're going to be extremely disappointed.
The Good
Smells lovely
Your sweet tooth will be pleased
Large serving size ( 1 1/4 cup)
The Bad
Does not taste like Frosted Flakes (the name of the flavor)
Very airy and lacking crunch
Sugar substitute flavor is very strong
Texture is quite soggy in milk
3.5 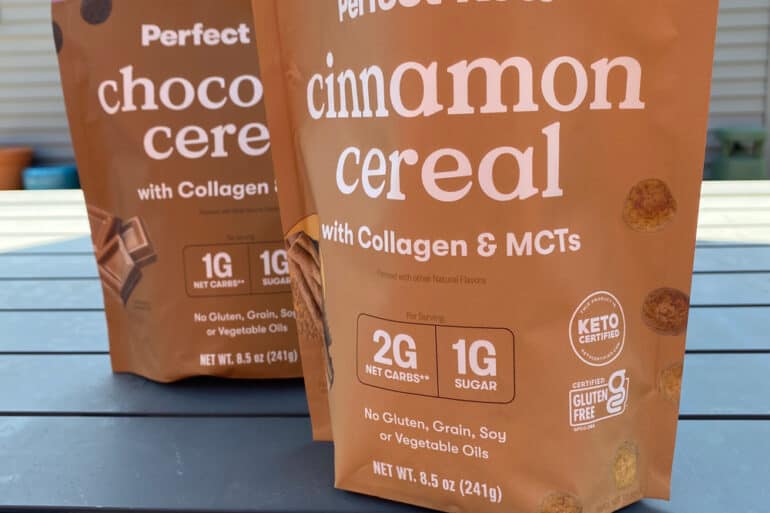