Whenever I have a long road trip ahead of me, I like to make sure I have protein shakes in the car. Otherwise, all I end up consuming is 100% carbs.

I could make my own shakes, but I love having ready-to-drink options at the ready. I’m not the biggest fan of protein shakes in general, so I tend to just buy whatever is on sale.

So, my most recent road trip led me to these Muscle Milk “Pro Series” protein shakes. I’ve had regular Muscle Milk protein shakes before (with less protein overall) so I wanted to give this higher protein version a try.

When you look at the nutrition facts, it looks surprisingly good for a protein shake.

The regular Muscle Milk protein shakes contain 160 calories and 25g of protein for the same size carton, so this is obviously a bit of an improvement on those.

The Pro Series also has a whole bunch of added vitamins & minerals compared to the original version, which is a nice little bonus.

Since I cut the ingredients list off, here is what this Pro Series protein shake contains:

What is very interesting (and confusing) to me is how Muscle Milk advertises “contains no milk,” yet it contains milk protein. I guess it technically doesn’t contain milk, but that won’t help you if you’re vegan or have a dairy intolerance.

OK, but how do they taste?

Honestly, these Pro Series shakes were surprisingly bad. I can tolerate a bad protein shake because it’s a lot of protein to waste otherwise, but this is one of the worst-tasting pre-made shakes I’ve tried.

To be fair, I didn’t try these shakes refrigerated, so maybe that would change things slightly.

The vanilla flavor was pretty subtle, and there was an overpowering bitter flavor to it. Sipping it almost tasted like drinking spoiled milk.

Since the shake is so thin, almost like water, it saved that flavor from being repulsive. If it had been a thick shake that tasted spoiled, I’d probably have a hard time gulping it down.

On the flip side of that: do you really want a protein shake to be thin like water?

The shake leaves a slightly filmy feeling in your mouth, which seems to be standard for a lot of protein shakes out there. I reviewed Gatorade Zero with Protein, which gave that same filmy feeling, but that doesn’t happen with every product out there.

On my road trip, I ended up suffering through these shakes and drinking them over the course of a long weekend, but I was less-than-thrilled about it.

I’ve had the original Muscle Milk shakes before and found them to be quite tasty, so these were definitely a let-down. I have to imagine that chocolate would be a better selection here, but in the future, I’ll definitely stick with regular Muscle Milk either way. 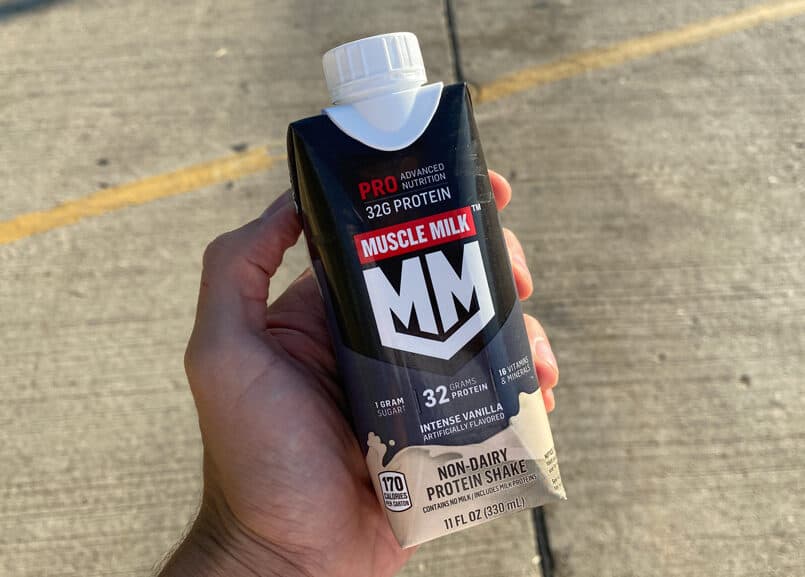 REVIEW: Muscle Milk Pro Series Protein Shakes
Summary
The regular Muscle Milk protein shakes are actually quite delicious, but these pro series shakes definitely miss the mark. If taste is important to you, go with the original Muscle Milk shakes.
Drinkability
5
Flavor
3
Nutrition
7
Overall Taste
4
The Good
Very high in protein
A lot of added vitamins & minerals
Convenient way to get extra protein
The Bad
Very thin for a shake
Flavor is underwhelming
Has a bitter aftertaste
4.8 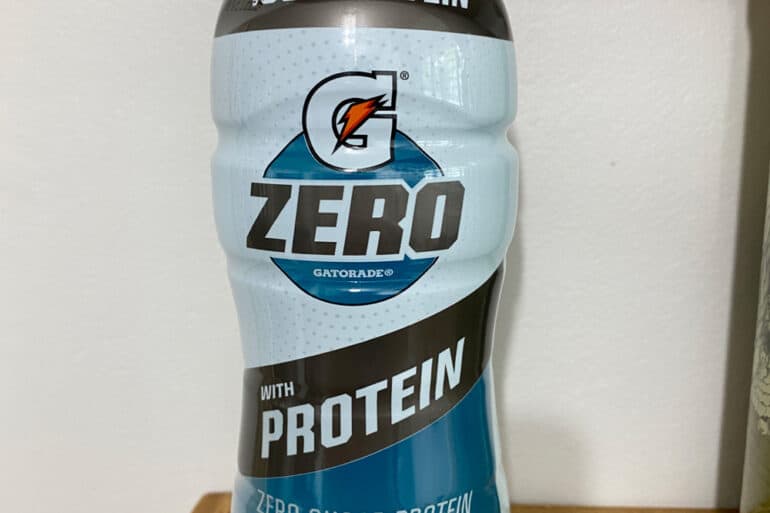