Quest is one of the biggest names in the protein world, and it’s for good reason. What started out as just protein bars has turned into a wide line of protein snacks.

Now, Quest has introduced these Cheese Crackers, which seem to be a high-protein version of Cheeze-Its.

There are plenty of keto cheese crackers on the market right now, but most of them are made of only cheese. In other words, they’re baking cheese until it hardens, which results in a keto cheese cracker. However, these Quest Cheese Crackers are an actual cracker…

As you can see by the ingredients list above, these are not merely cheese crisps, which automatically gives them a leg-up in my mind.

The nutrition of these cheese crackers is very appealing to me as well. For 130 calories, 10 grams of protein is a solid amount. Sure, more would be great, but that’s a great ratio for a savory snack.

If you live that low-carb life, you’ll be pleased to know that these crackers contain only 5g net carbs per bag. I was worried that these would contain an insane amount of protein like other Quest products, but with 5g of fiber in each serving, that’s not too much at all.

OK, now on to the fun part…

Right when you open up a bag of Quest Cheese Crackers, you’re hit with a very potent (in a good way) smell of Cheeze-Its. In fact, if you were blindfolded, I’m not sure you’d be able to tell that these aren’t Cheeze-Its.

If we’re basing these off of pure looks, they also don’t disappoint. Holding these cheese crackers in your hand, you’d be hard-pressed to identify these as anything other than Cheeze-Its.

These Quest Cheese Crackers are a little bit thicker than an actual Cheeze-It, and you’ll find them not quite as airy. So in that sense, you may certainly be able to see a difference.

But once you bite into one of these cheese crackers, you’ll immediately stop caring about any differences between these and Cheeze-Its, because the flavor is that similar.

There is a bit more crunch to these, but not nearly enough that they become unpleasant.

In fact, these are as close to an actual Cheeze-It that you can expect. Not just for a low-carb or high-protein cracker, but for ANY cheese cracker.

The cheddar cheese flavor explodes with every bite, and the flavor reminds me a ton of those Flavor Blasted Goldfish.

If I had to describe the flavor, I would say that it is slightly more of a “real” cheddar cheese flavor than a Cheeze-It, but that’s being extremely nitpicky because they are truly very similar.

Yes, you can taste a difference, but it’s incredibly close. In a blind taste test, I’m sure you’d identify the difference, but you would never know that these were healthy crackers.

There’s just no other way to say it: these are awesome.

Quest always does a great job with their products, but these cheese crackers truly blow me away.

If you’re a fan of Cheeze-Its, the discontinued Cheese Nips, or Goldfish crackers, you will absolutely love these.

The obvious downside is the price: at $2 per bag, this ends up being an expensive snack for what you get. But if you’re a cheese lover in search of a healthy snack, these are 1000% worth trying.

If you do give these a try, I’d love to hear your thoughts in the comments! I did not think I’d enjoy these as much as I did, but they instantly became one of my favorite protein snacks on the market. 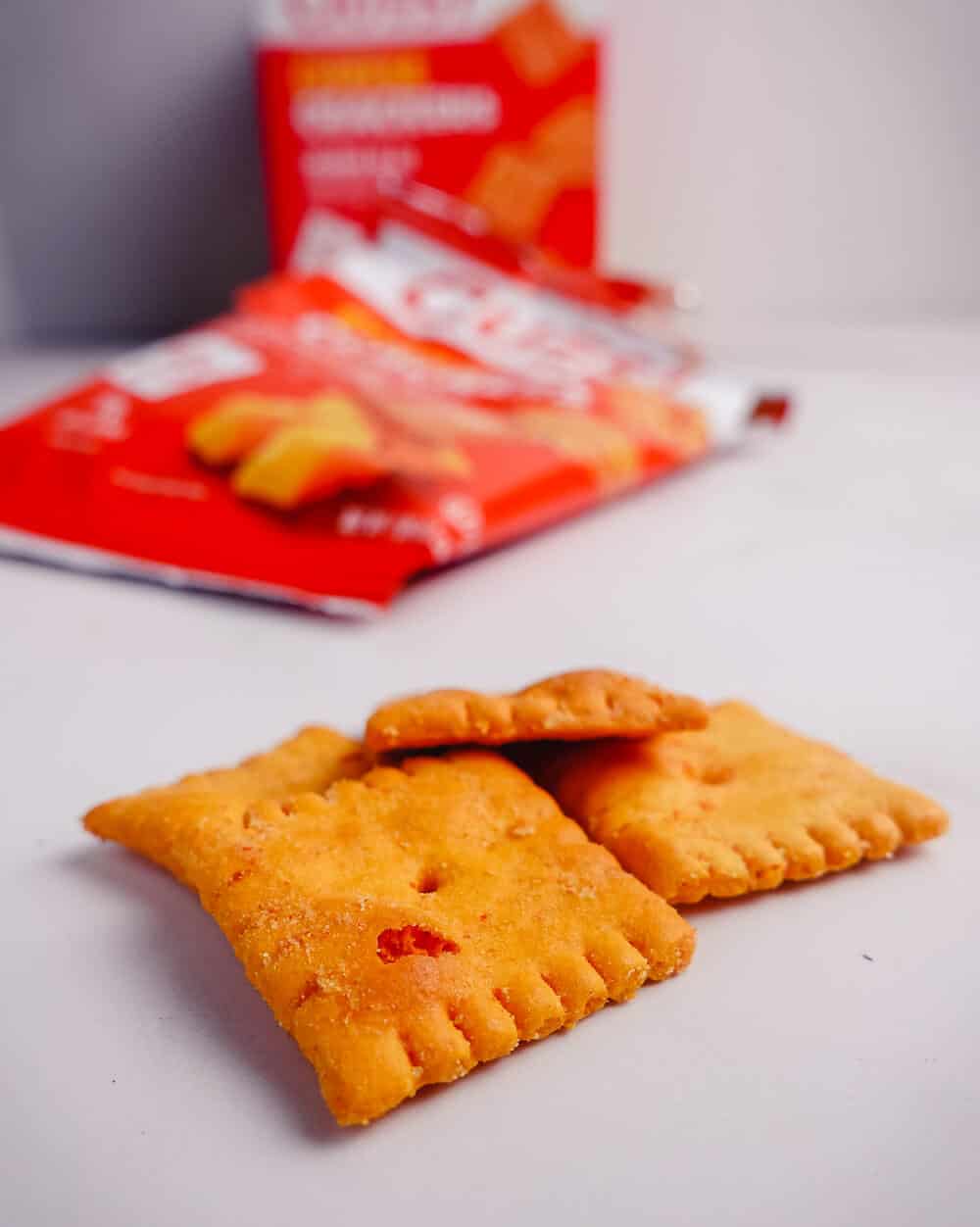 REVIEW: Quest Cheese Crackers (A High-Protein Cheez-It)
Summary
These Quest Cheese Crackers are the real deal. If you're a fan of Cheeze-Its, there's just no way you won't enjoy these. It's rare I try a product that ends up being exactly what I want it to be, but Quest nailed these crackers.
Texture
9
Flavor Accuracy
9
Nutrition
8
Overall Taste
8.5
The Good
Taste very similar to Cheeze-Its
Tons of cheddar flavor in every bite
Satisfying crunch
Generous serving size for 130 calories
The Bad
Slightly crunchier than a Cheeze-It (may or may not be a bad thing for you)
Very expensive for a serving of crackers
10g of protein isn't the highest for a protein snack
8.6
Give It a Try
Buy from Quest Nutrition 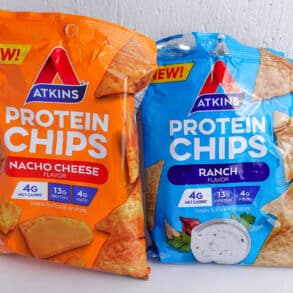 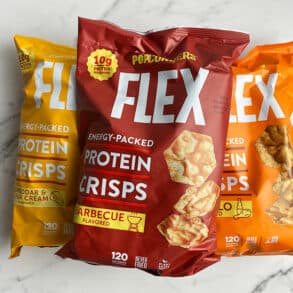 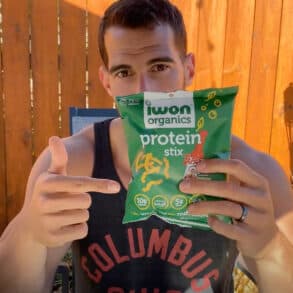