Another day, another protein cereal.

We’re going to start this review off with 2 disclaimers:

I’ve tried a ton of different high-protein cereals, but this Perfect Keto cereal is unlike any that I’ve tried to this point.

Where most protein/keto cereals try to be just like regular cereal (either in flake or Cheerio shape) this cereal went the route of being more like Cookie Crisp.

The cereal itself resembles tiny cookies, which I am certainly not mad about. However, because of this shape, it makes for a VERY crunchy cereal.

In fact, I’d go as far as to say that it is too crunchy when eaten as a dry cereal. If I had only tried this cereal dry, it would have been a hard pass for me. The dry cereal test is important, but it’s nowhere near as important as the milk test.

When eaten with milk, this Perfect Keto changes completely.

While it still retains a bit of its crunchy texture, it softens up quite a bit after a few minutes in milk.

The resulting consistency is much like dipping cookies in milk: you know, that point when the cookies start getting soft, but before they get too soggy and turn into complete mush.

In milk, this cereal is SIGNIFICANTLY better, and actually ends up being a very solid bowl of cereal, keto or not.

Perfect Keto Chocolate Cereal: I definitely preferred the chocolate of the two flavors I tried. When eaten dry, I did find the sugar substitute flavor to be too prominent (and as previously mentioned, the cereal was far too crunchy).

But as a bowl of cereal with milk, this ended up tasting a lot like if you dipped chocolate cookies (or brownies) in milk, and I really enjoyed it. The sweetness becomes more subtle in milk, which improves it a ton.

Cinnamon Perfect Keto Cereal: To me, the cinnamon flavor lacks…cinnamon. The taste of this cereal is much more like keto sugar cookies (which is basically almond flour & sugar substitute) than it is cinnamon.

Like the chocolate version, the cinnamon Perfect Keto Cereal definitely improves with milk. Once it softens up, it resembles dipping graham crackers in milk, which is very pleasant. But if you’re expecting cinnamon (like I was, as a huge Cinnamon Toast Crunch fan) you’re going to be disappointed with this flavor. 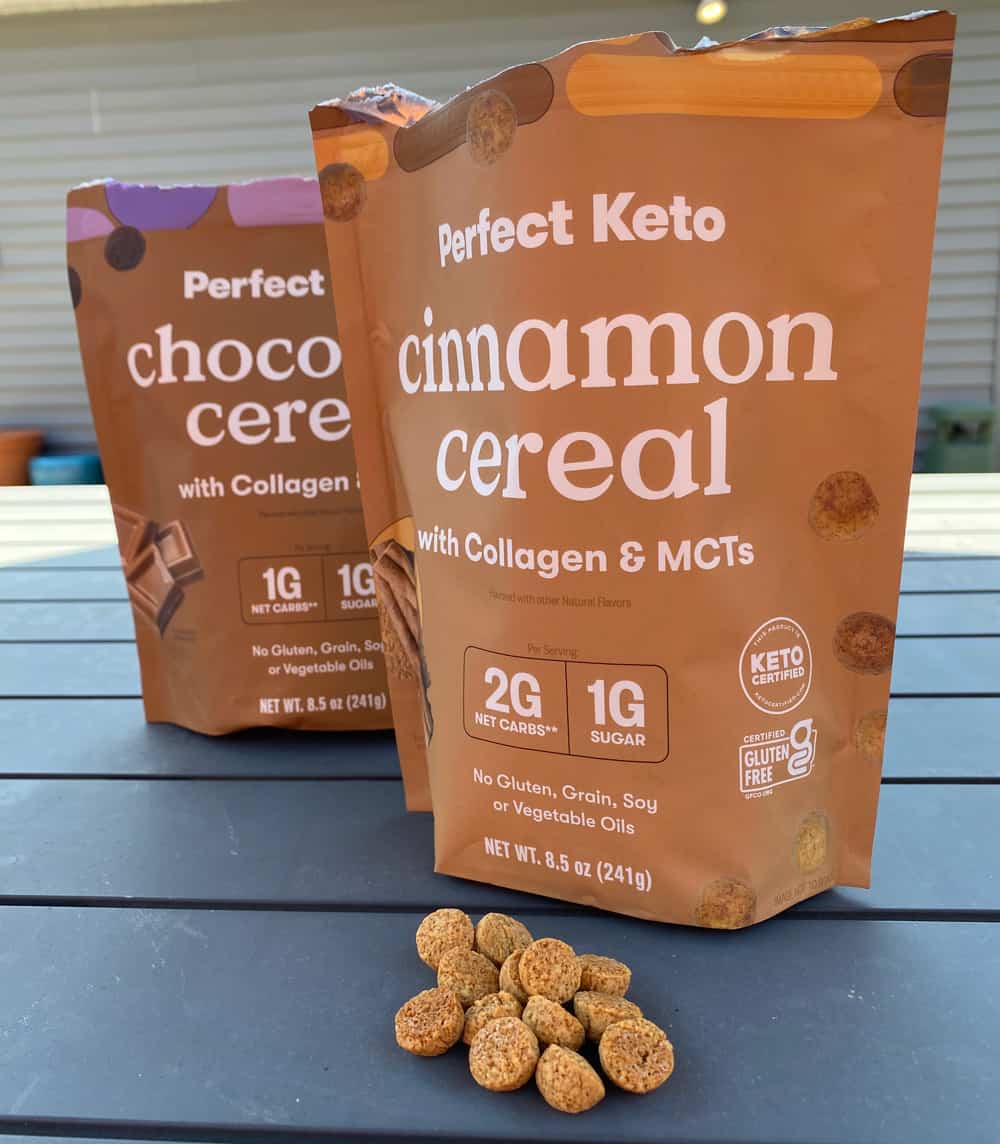 REVIEW: Perfect Keto Cereal
Summary
This is a solid protein cereal, but the dry vs milk test tells two very different stories. As a dry cereal, I found this to be far too crunchy to be enjoyable as a cereal treat. In milk, however, the cereal softens up and resembles cookies & milk. It's not my favorite protein cereal option out there, but you can definitely do MUCH worse.
Texture
6
Flavor Accuracy
6
Nutrition
8
Overall Taste
8
The Good
Very solid nutrition
In milk, it has the consistency of cookies & milk
Good overall flavor
The Bad
Insanely crunchy as a dry cereal
Sugar substitute flavor is very prominent (although I do not mind that personally)
A 2 serving bowl is very small in volume compared to other options
7 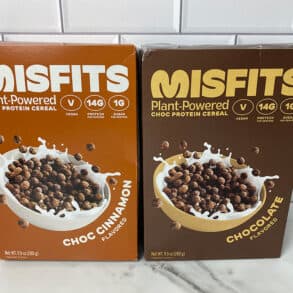 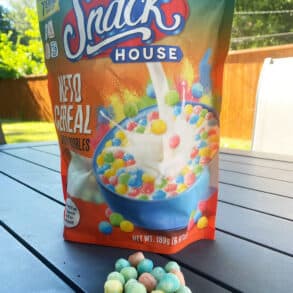 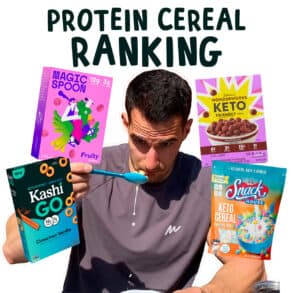 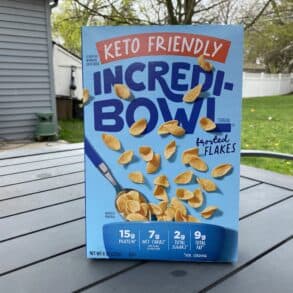 Next
My Honest Review of Built Bars

Subscribe to my once-monthly newsletter to get a roundup of all new protein snack reviews sent directly to your inbox.